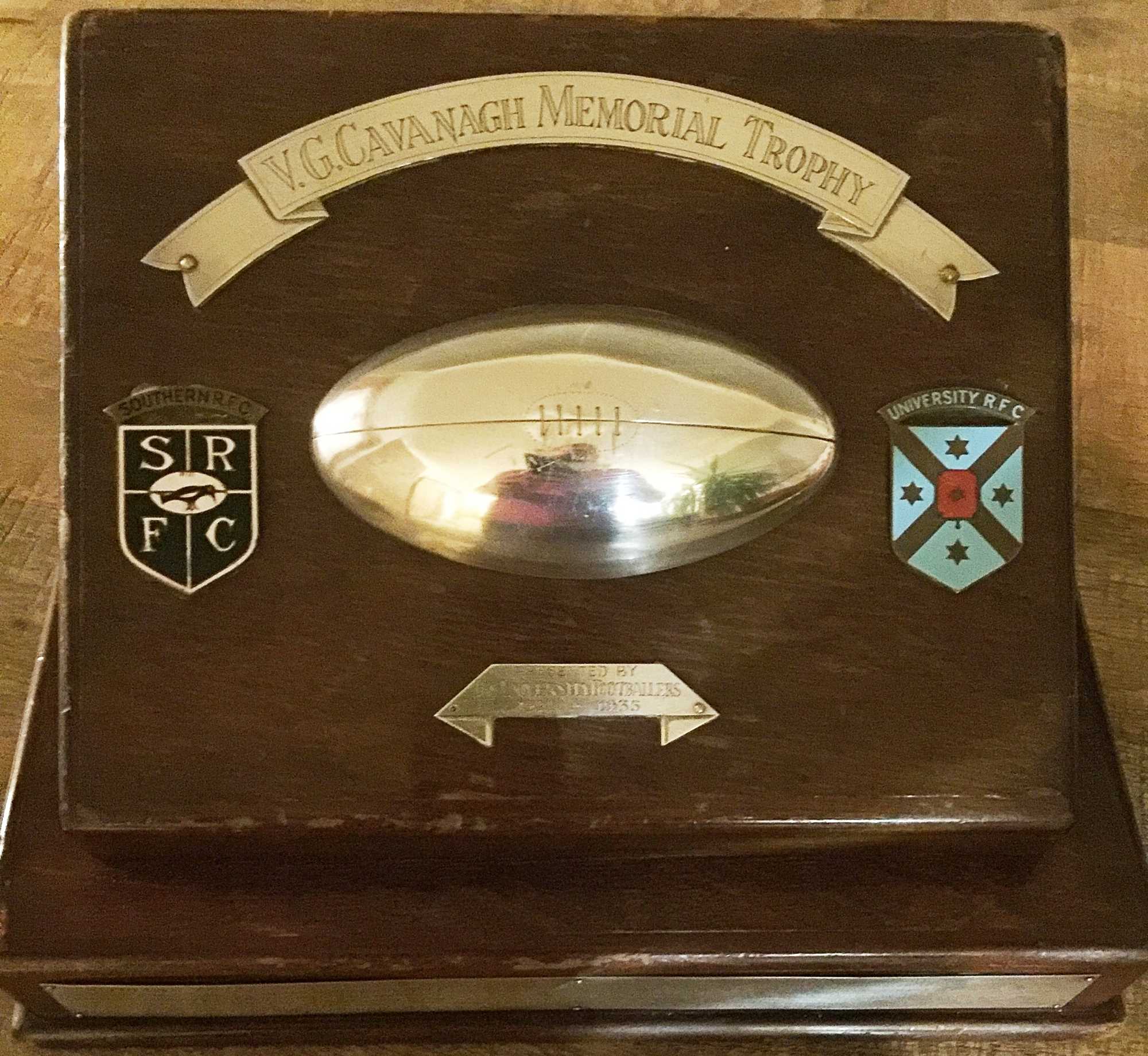 Victor George Cavanagh was born at Caversham, Dunedin, on 19 June 1909, the only son in a family of four children of Alice Foster and her husband, Victor George Cavanagh, a cloth cutter who became manager of Ross and Glendining’s clothing factory. Victor senior was an established rugby administrator who had selected teams for Otago and New Zealand. The son learned his rugby at Kensington School while the father coached the Southern Rugby Football Club to championship honours. In 1923, when young Vic was a dashing hooker and promising cricketer at Otago Boys’ High School, his father began coaching Otago University to a decade of legendary success.

In 1926, perhaps influenced by his mother’s family links with the printing industry, Cavanagh joined the Otago Daily Times and Witness Newspaper Company’s commercial printing department as a compositor. He became a printing estimator at the Wellington branch of Whitcombe and Tombs in 1937, and on 27 December that year married Constance Sarah Elizabeth (Bessie) Jones in Dunedin. In 1938 he returned south to manage the Evening Star Company’s commercial printing department. Vigorous, capable and hard-working, Cavanagh returned from war service (as a driver with the 3rd New Zealand Division in the Pacific) to become the firm’s production manager, and then, in 1950, general manager and director.

Cavanagh had little sympathy for journalists, with their erratic work habits and white-collar pretensions. His no-nonsense abilities took him on to the boards of associated companies, and he became a major voice in the New Zealand newspaper industry. Though unable to prevent the Evening Star from sharing the general fate of evening papers after the arrival of television, he initiated (as chairman of directors from 1974) an astute merger with the stronger Otago Daily Times , heading the new Allied Press until 1976.

In sport Cavanagh matured first as a cricketer, making his début for Otago as a middle-order batsman in 1927 at the age of 18. In 27 first-class matches he scored nearly 1,300 runs at an average of 24. He shared in Otago’s rare Plunket Shield win in 1932–33, and was once named 12th man for New Zealand.